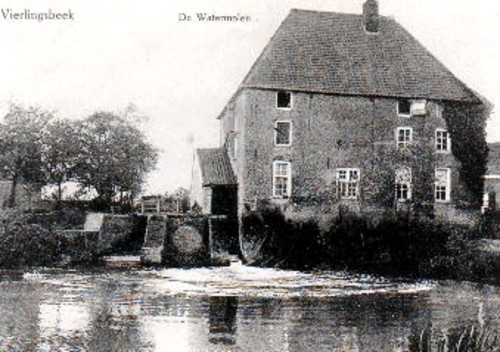 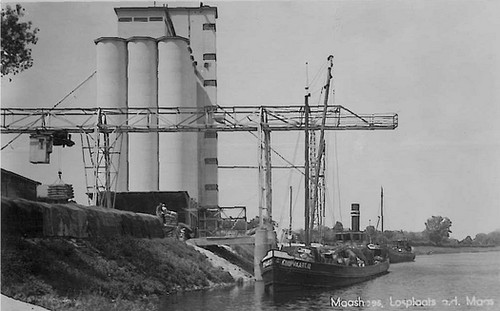 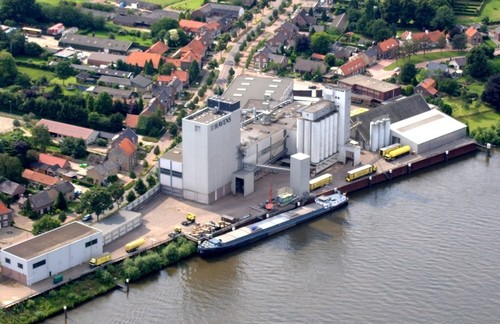 Over 150 years of experience

In 1845 was the start of todays HAVENS-company, when Mr. Godfried Kaanen (ancestor of current directors Mr. Han en Mr. Joris Kaanen) bought the Vierlingsbeek watermill in the South-East of the Province of Noord-Brabant (The Netherlands) (see upper picture -->).

Due to its ideal location close to the Peel marches, the watermill was never short of water and could work all-year-round. In those days this was a big advantage, compared to other water- or windmills. In 1923 Mr. Godfried Kaanen jr. (grandson of the founder of the company) and his half-brothers Mr. Harrie and Martin Havens started a cereal-trade on the Maasriver in Maashees, after the river was kanalised. The company was named after their (step)father: "J.P. Havens Graanhandel NV".

Later in the 1930ies, a large state-of-the-art grain storage silo was built (see middle picture-->), to facilitate larger ships to moor with ingredients from overseas. It was destroyed during WWII in oktober 1944 and later it was re-built.

With the growing animal-feed business in the Netherlands, HAVENS started to grow constantly. In 1970 a second storage-silo was completed. And over the years, the Maashees production unit has been modernised continiously, to meet all quality demands.

In 1990 the company acquired another storage silo in the port of Venlo/Blerick, located on the Maasriver. Since 1995 HAVENS Venlo not only handles feed commodities and cereals, but also fertilisers.

The lowest picture (-->) shows the HAVENS-factory as it is today.