20-07-2015
When the FEI European Championships are staged in Aachen from August 11th-23rd in the five disciplines show jumping, dressage, driving, vaulting and reining, the best horses in Europe will also be at the Soers. It goes without saying that they will be offered the best conditions possible throughout their stay. Great importance is not only placed on 'luxury' for the horses in the stables, the feed also has to be top quality. The organisers of the European Championships, the Aachen-Laurensberger Rennverein e. V. (ALRV), are thus delighted that they were able to win over Havens as the official horsefeed supplier for these unique championships. HAVENS will supply the approx. 720 horses with high-quality pellets and muesli – around the clock and to meet the individual requirements. Because a vaulting horse has different "eating habits" for example compared to a jumping or dressage horse. Havens have been the official horsefeed suppliers of the CHIO Aachen since 2004 already, and were also on board in the year 2006 when the FEI World Equestrian Games were held in the imperial city.

Frank Kemperman, Chairman of the organisers of the European Championships, the Aachen-Laurensberger Rennverein e. V., is delighted about the continued collaboration: "We have working closely together with the company Havens for years. The participants of the CHIO know that we provide them with top feed products year after year. They can now look forward to the accustomed quality during the European Championships."

During the FEI European Championships in Aachen around 20,000 kg of feed will be used, including different types of feed with high energy levels, but also herbal muesli and the popular Slobber-Mash. 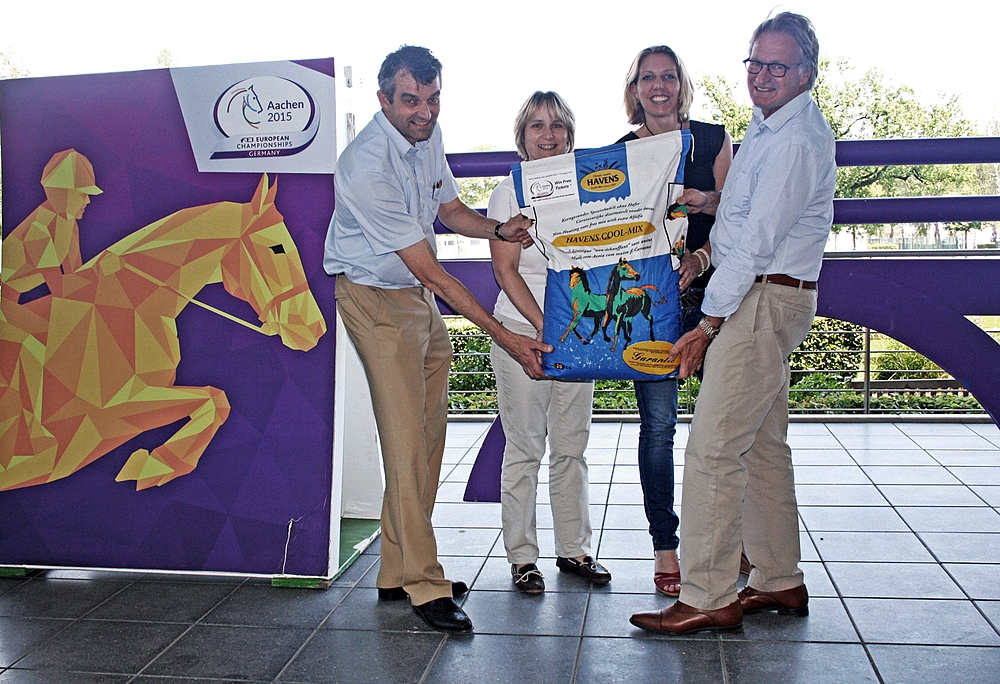