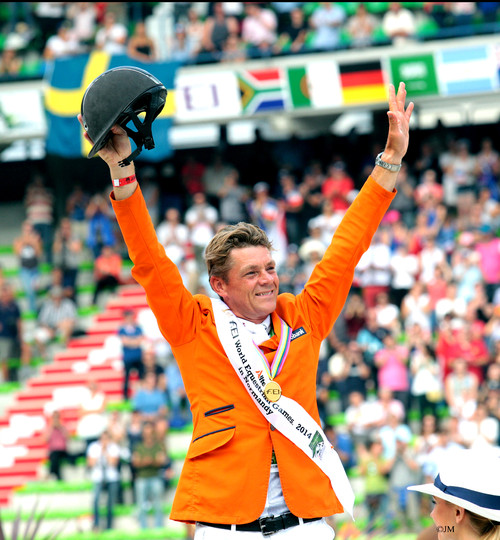 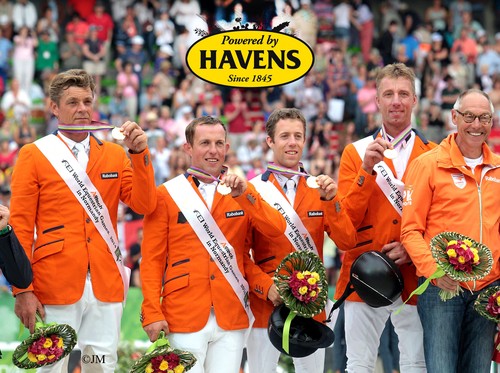 At the 2014 World Equestrian Games in Normandy, France, long-time HAVENS-customer Jeroen Dubbeldam took the double Gold in Showjumping this weekend.

In the thrilling final on Sunday in the Caen d'Ornano Stadium, filled with over 22.000 spectators, Dubbeldam rode his own horse Zenith, as well as the 3 horses of his "competitors" Patrice Delaveau (Silver Medal), Beezie Madden (Bronze Medal) and Rold-Göran Bengtsson (fourth).

Dubbeldam is a long-time Havens-user. At his "De Sjiem-stable" in Weerselo (in the East of the Netherlands, near the german border), all horses are fed with HAVENS; most on a mix of DraversBrok, Slobber-Mash and Green-Vet Herbal Muesli.

Dutch and international Havens-riders were also succesfull in Dressage, Endurance, Eventing and Driving. In total, The Netherlands won 18 medals in all disciplines (including the para-equestrian): an all-time record.